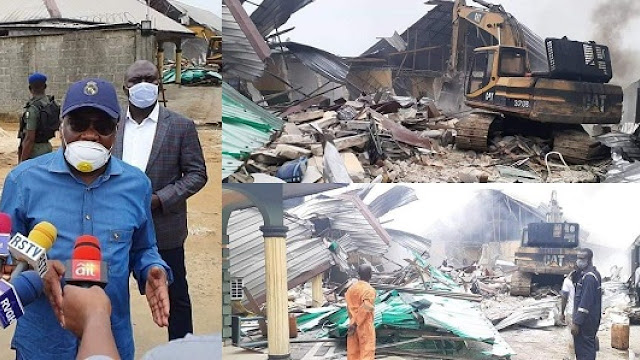 The owner of Prudent Hotel demolished by the Rivers State Government, Promise Gogorodari, has denied violating any law to warrant the demolition of his structure.

Gogorodari told newsmen that he built the hotel to take people off the streets.

He said the state government should have carried out proper investigation before demolishing his hotel.

He explained that apart from employment to other persons, the hotel, he had been able to help his family and other relatives.

The Lagos-based hotelier said that the demolition of two hotels would be a setback to the state in terms of investment, adding that the development was not good for investors in the state.

“I am based in Lagos, but I am not in a right frame of mind to speak now. There is nobody who will not feel bad about this. It is a hotel that I built for the past seven years. The demolition of hotels is a setback to the state in terms of investment.

“That was an investment that was taking care of my family and relatives and people around me. There was no fair hearing before the demolition took place. With this, many people are out of job.

“I did not violate any order. The government was supposed to do some investigations before dothat. And if they found me wanting, then another procedure should be followed; not demolishing a structure like that.

“Definitely, this will affect investors. I invested in the business so that I can take some people off the street, but all government is doing is to demolishing it without a proper investigation,” Gogorodari said.