FG asks churches, mosques, others to submit guidelines for reopening 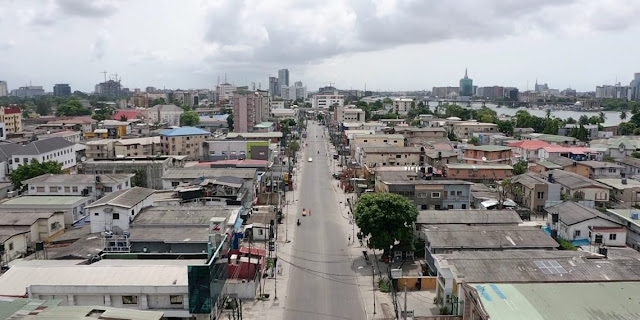 The Minister of Health, Dr Osagie Ehanire, on Thursday said COVID-19 patients, who spent a long period at isolation centres were at the risk of depression.

Ehanire, who stated this in Abuja at the press conference of the Presidential Task Force on COVID-19, said government planned to deploy psychologists in isolation centres to take care of such patients.

At the press conference, the Director General of the Nigeria Centre for Disease Control, Dr Chikwe Ihekweazu, said the task force was reluctant to adopt home treatment it once proposed because of conditions under which Nigerians live.


He also asked professional groups and faith-based organisations, including churches and mosques, to submit guidelines for reopening to the NCDC to review and advise.

But explaining effects of long treatment on some patients, the health minister stated, “On the mental health issue of those in isolation, who have stayed a little bit longer, some people do get a little bit of mental depression. This mental health issue is under consideration. It (a policy) is also being developed in states to have psychologists create things to engage those in isolation.”

He also said the Federal Government had intervened in the sit-at-home protest embarked upon on Wednesday by the Lagos State chapter of the Nigerian Medical Association, following harassments by the police, who were enforcing a nationwide curfew imposed by the President, Major General Muhammadu Buhari (retd.)

The minister stated, “With regard to the industrial action by doctors in Lagos, I spoke with the NMA Chairman of the Lagos Chapter on Wednesday to dissuade the doctors from the planned sit-at-home protest in the state, and I listened to their complaints too on harassment at security check points.”

The health minister said the Federal Government’s team sent to Cross River State on Monday had returned and its report stated that there was no confirmed case yet in the state.

Besides Cross River State, Kogi State has not recorded any COVID-19 case, but the NCDC officials, who were sent to the North-Central state went back to Abuja without accomplishing their mission following the insistence of the state government that they must be in isolation for 14 days.

On Thursday, the minister noted that an analysis of the 200 COVID-19 deaths recorded so far in the country revealed a 70-30 per cent ratio for males and females.

Ehanire said, “A finding from our analysis of deaths shows the ratio is 70 to 30 for men and women respectively. About 70 per cent were over 60 years of age, while the majority of positive cases were between 29 and 49 years of age, being the most outgoing segment of any society. I also advise all who have taken the test and are awaiting result to self-isolate at home, wear face masks and observe hand and respiratory hygiene until the result is out.

“The fact-finding team to Calabar is back to Abuja with a report. We have identified areas in need of upgrade to include laboratory facilities. No case of COVID-19 was reported by the state as at May 20. Also, 16 suspected cases have been tested, with all being negative.”

He said Nigerians who were being evacuated from other countries should not disobey the 14-day compulsory quarantine agreement they signed as a condition for their evacuation.

He said, “On the issue of evacuees, there are issues with compliance. Although part of the conversation we have had with the Ministry of Foreign Affairs is that those who are leaving the foreign countries must understand that they are going to be in quarantine for 14 days.

“It is a requirement for the country and it is something they signed for. It is part of the agreement.”

The PTF Chairman and Secretary to the Government of the Federation, Boss Mustapha, at the press briefing, advised state governments to ensure restriction of movements between local government areas except for healthcare.

NCDC asks churches, mosques, others to submit guidelines for reopening

“This is what we’ve been advising every society, organisation, community, be it faith-based, cultural based, professionally based, to come up with guidelines for themselves. We are happy to advise and engage, but this needs to be led and owned by the leaders of those organisations.”

The NCDC DG added that every stakeholder in society needed to take responsibility of the part it owned and managed.

On testing in the country, he said the Federal Government would deploy 17 Gene Xpert machines next week.

The device, which is one of the most widely-used tuberculosis diagnostic tools in the world, has been deployed in some countries for conducting rapid COVID-19 tests.

Ihekweazu said, “We have about 400 Gene Xpert machines across the country. Not all of them are appropriate for COVID. We need those that have a safety cabinet where they are located. We also need those that are functional. Some of them have been around for quite a while.

“We have to prioritise, so we continue to do this. Seventeen of them are immediately ready for deployment in the first phase, which will start next week. I’m happy to announce that our first set of Gene Xpert cartridges will arrive in Nigeria on May 25.”

He added that there were criteria for deciding which state would get the machines first.

According to him, the primary recipients will be states without any laboratory at all, followed by states with high numbers of cases.

On the criteria for discharge of COVID-19 patients, Ihekweazu stated that the policy had been reviewed from two negative tests to one.

The NCDC DG also addressed concerns that the agency’s national database on COVID-19 cases and deaths did not reflect the mysterious deaths in Kano State, which are still under investigation.

Last month, hundreds were said to have died in strange circumstances within two weeks.

“Once the results of the Kano study are completely verified, we will note them but we will not include them in our database because of the difference in methods in estimating the number of people infected and have died in that particular context.”

He also advised Nigerians to accept the fact that COVID-19 is real.

He said, “An issue that has led to a bit of conversation and consternation in some places are visuals of people in treatment centres in relative comfort, and the anxiety that has led to discussions, comparing those images to the images we also see on TV of very severe cases in different parts of the world.

“This is an imagery we don’t want to see in Nigeria, but if we have to, we will deal with it. It’s always important to remind people of the full spectrum of clinical presentation we see with this new virus.

“We see a new disease that, in 80 per cent of cases, people are mildly or completely asymptomatic, i.e. they don’t have any symptoms at all. Under normal circumstances, there won’t be any reason for these people to be in hospitals and isolated.”

While explaining that isolation was to prevent transmission to others, the NCDC boss noted that many countries carried out a similar policy when the outbreak first started.

He stated, “They treated all the severe cases in hospitals and isolated every single person that was infected in temporary isolation centres, some of which you saw being built in two weeks.

“In other countries in the world, in Germany, Western Europe, the US, they’ve made a decision to treat all asymptomatic or mildly symptomatic people at home. That’s a decision they have made in that context.