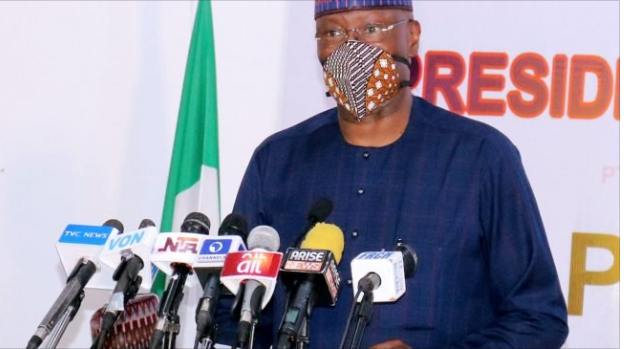 The presidential task force (PTF) on COVID-19 has asked states lifting lockdown to check the consequences.

As measures to curb the spread of the disease, President Muhammadu Buhari had locked down, Lagos, Ogun and Abuja.

The president also appealed to states to adopt measures to check the spread of the disease. Subsequently, many states had ordered restriction of movement and public gathering.

But in the last 48 hours, states such as Borno, Ebonyi, Zamfara, Gombe and Adamawa have lifted the lockdown.

At the briefing of the presidential task force on COVID-19 on Friday, Boss Mustapha, secretary to the government of the federation, advised those who have done so to weigh the consequences of their action.

“​In providing leadership for the fight against this pandemic, Mr. President did encourage state governments to adapt national guidelines as suitable to their state and expects that such adaptation should be informed by empirical evidence of progress made,” he said.

“The PTF, therefore, urges states that are lifting restrictions which allows for large congregation of people to weigh their consequences in relation to creating opportunities for more seeding of the virus thereby negating gains already made.”

Mustapha also said the PTF  had received over N700 million in support of the fight against COVID-19.

He said when the COVID-19 pandemic was declared, corporate bodies, development partners, individuals, groups, religious bodies , rose up massively to make donations in cash and kind.

“For effective coordination and accountability, the office of the accountant-general published five bank accounts into which donations could be paid and swept into a CBN TSA account, daily,” he said.

“​Consistent with the open government policy driven by transparency and accountability of the Muhammadu Buhari administration, the PTF promised that details of all cash donations would be publicly provided.

“I am pleased to report that the OAGF has published the details of inflow into the FGN COVID-19 eradication support accounts. As at May 14, 2020, the sum of N792,121,613.89 (Seven Hundred and Ninety Two Million, One Hundred and Twenty One Thousand, Six Hundred and Thirteen Naira and Eighty Nine Kobo) has been credited into the TSA account from various in-country sources.

“I particularly want to commend the sacrifice of some ordinary Nigerians typified by the donations as low as one naira, which for us comes from the purest of hearts.”

He said the committee extends its appreciation of other several groups that have been supportive.