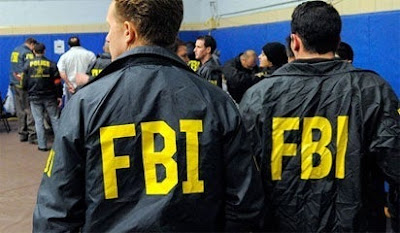 Federal Bureau of Investigation (FBI) has mistakenly revealed the identity of a Saudi official suspected of involvement in the Sept. 11 terrorist attacks on New York’s World Trade Centre in 2001.

This is based on a report by Yahoo News on Wednesday.Back in September, the Wall Street Journal, citing a federal court, said that the FBI had disclosed the Saudi official’s name to the lawyers for the 9/11 families in a partially declassified 2012 report.

The document included two other names, Fahad al-Thumairy, a Saudi Islamic Affairs official in Los Angeles and Omar al-Bayoumi, a suspected Saudi agent who participated in the hijacking of the plane that flew into the Pentagon.

According to the media outlet, the name of the third person is Mussaed Ahmed al-Jarrah, a Saudi Arabian Foreign Ministry official.


He worked at the Saudi Embassy in Washington in 1999-2000. Afterward, according to the embassy staff, al-Jarrah worked in the diplomatic missions in Malaysia and Morocco.

The rest of the information remains classified.“This shows there is a complete government cover-up of the Saudi involvement.

“It demonstrates there was a hierarchy of command that’s coming from the Saudi Embassy to the Ministry of Islamic Affairs (in Los Angeles) to the hijackers,” Brett Eagleson, a spokesman for the 9/11 families was quoted as saying by the news portal.After contacting the US Justice Department on Monday, Yahoo News said the FBI’s declaration was withdrawn from the public docket.

On Sept. 11, 2001, terrorists from Al Qaeda (banned in Russia) seized four passenger planes, crashing two of them into the World Trade Centre in New York and another into the Pentagon.

The fourth jet came down in a field in Pennsylvania after being initially directed toward Washington. Some 3,000 people from 90 countries lost their lives in the terrorist attacks. The Saudi authorities deny having any connection to the events of Sept. 11.