EPL relegation, promotion must be decided on the pitch – Norwich 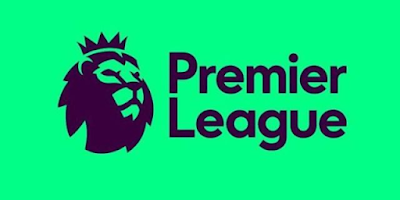 English Premier League (EPL) clubs should be relegated only if both of the top two divisions restart and complete the season, Stuart Webber, the sporting director of Norwich City, says.

The Canaries are six points below the safety line with nine games to play.

Webber, however, said on Wednesday it would be unfair to relegate or promote clubs based on an incomplete season.

“It’s fine if we restart and three clubs get relegated,” he said. “Football should be played on a pitch and not in the boardroom.


“But the Championship (second tier) has to restart and play all their games also.

“What we cannot accept is a situation where we play out all our games, get relegated but then the Championship can’t play… and then they automatically promote some teams who haven’t finished the season.”

Premier League clubs are in discussions to finish the season, with the possibility of a restart next month given a boost when the government said elite sports could return after June 1.

The media has since reported that top-flight clubs would have to spend a combined four million pounds (4.92 million dollars) on testing players for COVID-19.

Such an outlay would likely be beyond the resources of smaller clubs who are reliant on gate receipts but have already furloughed staff and would not be allowed to admit spectators.

Bottom side Norwich were among those who opposed plans for Premier League games to be held at neutral venues to limit the risk of supporters turning up.

But clubs now hope such a measure can be avoided.

Webber was critical of the way the debate had been framed last week.

There had been accusations that those threatened with the drop were using concerns about neutral venues as an excuse to try and avoid relegation.

“I’m just glad that’s been levelled up a bit this week and it’s no surprise that once bigger clubs than us talk about it suddenly people want to get around the table and don’t want to beat us up any more,” he said.

“I think (the) most important (thing) is that we try and find a way of getting back (to) playing where it’s safe and where the competition is fair.

“What we can’t do is play it all out in the media and when an agenda suits us we beat up clubs for suggesting that playing in neutral venues might not be fair.”