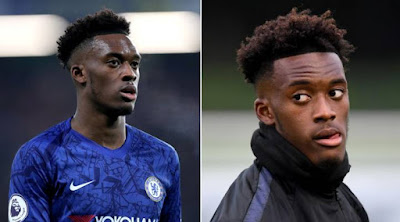 England forward Callum Hudson-Odoi was arrested on Sunday while breaching lockdown at 4am with a model he had met online.

Officers went to the 19-year-old Chelsea star’s West London penthouse after a woman rang police and an ambulance, The Sun reports.

He was released on bail in the early hours of the morning by police.

Hudson-Odoi, who has had coronavirus, is said to have asked the woman to visit him wearing lingerie.


It is believed the 19-year-old made contact with the woman on social media on Saturday before inviting her to his penthouse.

A Metropolitan Police spokesman confirmed that an arrest had been made at Hudson-Odoi’s west London apartment after they were called shortly before 4am.

“Police and London Ambulance Service were called at 03:53hrs on Sunday 17 May to a report of an unwell woman,” the Met said.

The Met said a woman was taken to hospital and a man, who was arrested at the scene, remained in police custody.