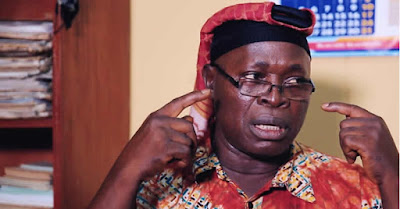 A non-governmental organisation, the Muslim Rights Concern has advised state governments against the reopening of mosques.

The President, Major General Muhammadu Buhari (retd.) in an address on April 27, had said “the restrictions on social and religious gatherings shall remain in place” but Borno, Gombe, and Zamfara State Governments, amongst others, recently reopened religious centres within their jurisdictions.

Commenting in a statement on Monday, MURIC Director, Ishaq Akintola, said such move was hazardous to public health safety while urging Muslims to desist from congregational worships until the Federal Government says otherwise.

He said, “There are reports that some state governments have given the green light for the opening of mosques. This may not be wise enough. We must be on the side of caution regarding this dangerous virus whose cure has not been found. Muslims should not rush to their graves. We suggest that mosques should remain closed until the Federal Government declares the country safe from the pandemic.


“We know that lockdown hurts. But so does it hurt everywhere else. We urge Muslims to exercise patience. Those who die can never be seen again. Neither can they be part of a safer and better Nigerian society when the lockdown is finally lifted. We must join hands with the rest of humanity to defeat COVID-19. No single community, group, or country can fight the battle alone.

“Reopening mosques at this time can be interpreted as withdrawing from the battlefield and leaving the rest of the country to face the fight alone. It may also be interpreted as disobedience to FG’s restriction on crowding.”

Akintola reminded the state governments that the Nigerian Supreme Council for Islamic Affairs had advised Muslims against congregating until further notice.