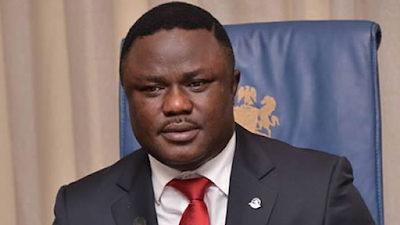 The Cross River Government says it has suspended Dr Offiong Okoho, over an alleged unprofessional practices leading to the death of Prince Otu-Otu Duke, a patient under his care.

Duke, who was the Special Adviser to Gov. Ben Ayade on Waste Management, died on April 3, 2020, after undergoing surgery for hernia at the Covenant Clinic and Maternity, owned by Okoho.

The State Commissioner for Health, Dr Betta Edu, told newsmen on Thursday in Calabar that Okoho has been suspended and his private clinic, Covenant Clinic and Maternity also closed down.

Edu said that the state Ministry of Health took the decision based on complaints from some patients and clients against Okoho.


The News Agency of Nigeria (NAN) reports that the family of the late Prince Duke, had earlier wrote petition against Okoho over the mismanagement of their late brother’s health leading to his dead.

A younger brother to the deceased, Mr Orok Duke, had sent a petition to the Commissioner of Police in the state, Mr Uche Anozia, about poor handling of his late brother’s health.

In his petition, Duke alleged that “Dr Offiong did a surgery and mismanaged the deceased health in Offiong clinic.

“By the time my brother, who had fallen into a coma was evacuated and taken to Asi Ukpo Medical Centre for proper medical treatment, he died on April 3, 2020.”

Edu said that investigation into the various allegations against the physician by members of the public was ongoing.

She explained that the suspension was to give way for transparency in the course of investigation.

The commissioner said that a committee had been set up to invite persons or relatives of people who have been victims to testify.

“Shutting down of the hospital is a clear indication that government is doing something.

“The facility has been shut down by the state Ministry of Health in collaboration with the Nigerian Medical Association.

“The first step was to shut down the facility, and investigation is ongoing. And of course, outcome of the committee’s report will determine the sanctions.

“At the same time, Okoho has also been suspended from working at the General Hospital until investigation is over.

“Remember, we can’t just act on what we hear, we must investigate it so that we don’t just punish somebody wrongly. We have reached out to some persons whom he had treated as well.

“Those testimonies would form the background of next line of action to take,” the commissioner said.

When contacted, Okoho told newsmen that as a medical professional, he took an oath to save lives and not otherwise.

He said the deceased, who had a history of diabetes, was brought in for surgery at his clinic on March 25, 2020, adding that the surgery was successfully carried out.

He noted the deceased was then referred to a specialist for appropriate treatment, but the patient refused to go for the referral.

“It was after the situation deteriorated that he was placed on oxygen and finally moved to Asi Ukpo Medical Centre, where he died,” Okoho said.

On his suspension from the services of the Cross River Government, Okoho said there was nothing he could do other than await the outcome of investigation by the Ministry of Health.

Reacting to likely cause of the death, Okoho said: “the patient could have died as a result of Aspiration Pneumonitis, because the nurse at Asi Ukpo said he vomited before he died.”