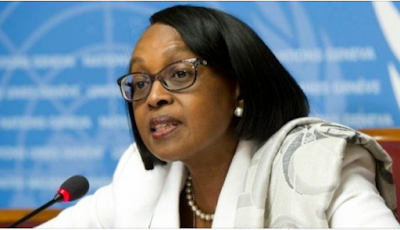 Matshidiso Moeti, the World Health Organisation (WHO) regional director for Africa, says COVID-19 may not spread widely on the continent like it has elsewhere.

But citing a new study by the regional office for Africa, Moeti said 83, 000 to 190 000 people could die of the virus in Africa within the first year if measures to contain it fails.

She added that about 29 to 44 million people in Africa could get infected with COVID-19 in the first year of the pandemic.


Moeti said the research, which is based on prediction modelling, looked at 47 countries in the WHO African region with a total population of 1 billion.

Algeria, South Africa and Cameroon were listed as countries that were at a high risk if containment measures are not prioritised.

“While COVID-19 likely won’t spread as exponentially in Africa as it has elsewhere in the world, it likely will smoulder in transmission hotspots,” she said.

“COVID-19 could become a fixture in our lives for the next several years unless a proactive approach is taken by many governments in the region. We need to test, trace, isolate and treat.

“The importance of promoting effective containment measures is ever more crucial, as sustained and widespread transmission of the virus could severely overwhelm our health systems.

“Curbing a large scale outbreak is far costlier than the ongoing preventive measures governments are undertaking to contain the spread of the virus.”

She said the predicted number of cases that would require hospitalisation would overwhelm the available medical capacity in much of Africa.

Such a huge number of patients in hospitals, he said, would severely strain the health capacities of countries.

The study recommended that countries across Africa need to expand the capacity particularly of primary hospitals and ensure that basic emergency care is included in primary health systems.