COVID-19: Kwara foils attempt by patients to escape from isolation centre in Ilorin 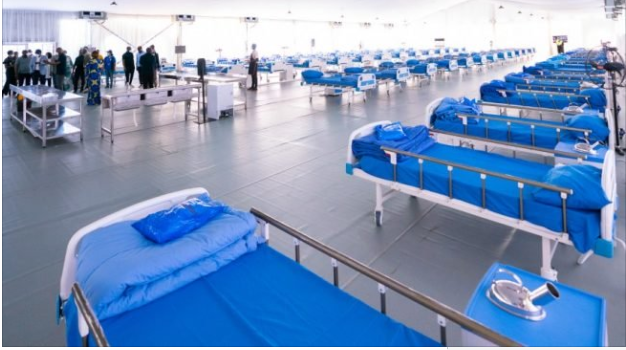 A plot by some COVID-19 patients who sneaked into Kwara State to escape from the Ilorin isolation centre was foiled on Friday.

A statement by the spokesman of the state COVID-19 technical committee, Rafiu Ajakaye, said the attempt was promptly foiled leading to the arrest and return of the patients who had already scaled the fence.

“Earlier today, Friday, May 15, 2020, the government’s intelligence network uncovered a plot by some Covid-19 patients who sneaked into the state to escape,” the statement said.

The government expressed dismay that the persons were among the imported cases who intentionally violated the interstate lockdown order and came into the state.

“Security has been further beefed up at our isolation centre,” the statement added, just as it restated that “COVID-19 is not a death sentence and there is no reason why anyone would want to escape and put their own lives and the lives of others at risk.”

Meanwhile, a distressed man whose evacuation by a driver of the Kwara state COVID-19 technical team turned controversial in Ilorin, has tested negative after all.

Governor Abdulrahman Abdulrazaq broke the news while speaking to newsmen at a refresher course organised for health workers in the fight against the Covid-19 pandemic in Ilorin the state capital on Friday.

Speaking on the man whose poor evacuation by the driver against established guidelines went viral, Governor Abdulrazaq said “for abundance of caution, we took his sample after stabilising and freshening him up.

“And I am glad to say that we were right after all. He tested negative. Even so, I am saying that we could have done better.

“That was why we took actions against officials we established did not measure up to our expectations while we immediately fix all the gaps going forward,” he declared.

Assuring the people of the state that the government was on top of the situation, the governor said ” our heart goes to the gentleman that was rescued. His case was indeed that of the down moments of life.

“He is being taken care of. I am glad to say he is doing fine now at our Accident and Emergency unit.”

Governor Abdulrazaq said the training programme, the second in 24 hours followed the recent incident in which the evacuation of a distressed man was mishandled.

“What happened was an unfortunate exception which should not have happened. We acknowledge the gap, we are sorry about it, and here we are immediately fixing it.”

He said the simulation seen at the training programme “is like a refresher course for our men to be at their best in the future” adding that the state “is not taking any chances to protect the people as such efforts have helped to prevent community transmission of the virus.”

DAILY POST reports that as a result of the mishandling of the distressed man, the Permanent Secretary in the state Ministry of Health, Dr Ayinla Abubakar was sent on indefinite suspension, while the driver who acted on his instruction has been sacked with some officials in charge of the state Rapid Response Team queried.