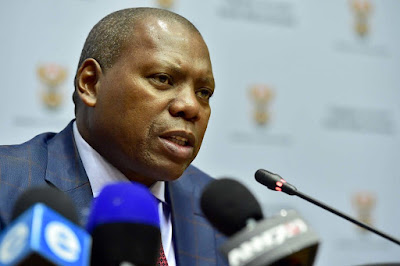 South Africa has disclosed that Madagascar contacted the government on its solution for coronavirus.

He said Madagascar’s President and Foreign Affairs Minister had engaged his country on the process of the tonic.

He said, “We actually did get a call from the government of Madagascar, they did ask us, that they would like to be assisted in the process of trying to validate and try and help to investigate the scientific basis on which such a drug could be used.

“I had a call with the Minister of Foreign Affairs of Madagascar, and there had been a call from the president. We then have said that our scientific research institutions would be willing to support an analysis, as it were, on that matter”.

Mkhize noted that traditional medicine is used in all countries for healing of sicknesses.

He disclosed that there’s a plant in South Africa that has been used for many decades.

“There’s a herb we used in my part of the land, UMHLONYANE (worm wood)…for fevers, for flus. Where I grew up, we didn’t go to the hospital, we used a lot of that. If you had fever as young people, we knew you’d go there and collect the stuff and use it for steaming and for drinking as a kind of tonic and bath,” he said.

South Africa has said they won’t debate on the efficacy or otherwise of traditional medicines and cures, including the Madagascar remedy.