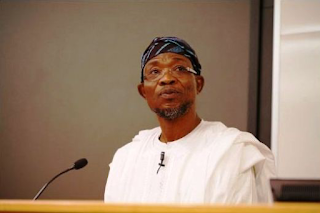 The Nigeria Immigration Service (NIS) revenue generation increased by 60 percent year-on-year to N62.6 billion in 2019, according to latest figures published by the Federal Ministry of Interior.

The figure was disclosed by the Minister of Interior, Mr Rauf Aregbesola, while presenting the 2019 Annual Report of the Nigeria Immigration Service in Abuja on Tuesday, May 6.

The annual report is a document containing vital data and information which Nigeria consults for national planning, decision making, research work, education and business development for both the public and private sectors.

In a statement signed and released by the public relations officer (PRO) of the service, Mr Sunday James, on Wednesday, the agency said N59.7 billion of the 2019 turnover was used as expenditure and this brought the net revenue to N2.9 billion.


The agency also recorded a 13 percent increase in offshore revenue which amounted to $41.8 million compared with $36.4 million that was published in full year 2019.

According to the statement, the migration statistics for 2019 showed that China ranked the highest in immigrants into the country.

Following the Asian country among the top 10 countries with the highest number of migrations into Nigeria were India, Ghana, Lebanon, and the United States of America (USA). Other countries were Niger, Germany, Italy, South Africa, and Cameroon in that order.

According to the NIS report, the movement of persons into and out of Nigeria are as follows; 2,206,558 arrivals and 2,537,966 departures respectively.