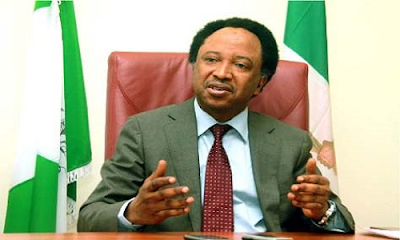 Sani lamented that indices on ground point to the fact that Buhari and the ruling class may have failed because they underestimated the problems facing the country while at the same time making impossible promises.

In a statement he posted on his Facebook page on Sunday, the former lawmaker also berated the immediate past administration of President Goodluck Jonathan.

He said Nigerians won’t easily forget that Jonathan’s administration was a total disaster.

According to Sani: “The present leadership in the country has woefully failed. We have said this even when it was a taboo and more dangerous to say it; but the regime that it succeeded was also a disaster that must not easily be forgotten.

“However, it’s actually this Government that compels our citizens to appreciate the last Government comparatively.

“It’s either that the President and the ruling elites underestimated or oversimplified the depth of the problems of the country and made impossible promises in order to rise to power, or that the people expected too much from a new ruling elites with a limited capacity to govern or with a different agenda other than the one publicly advertised.

“One bitter truth we always prefer to ignore is that almost eighty percent of those who ruined the country in its first fifteen years of democratic experience, migrated with their old habits and new uniforms to the messianic side, and we unreservedly called it a change.”