Abacha loot: Why we cannot squander $311m returned from US – Presidency 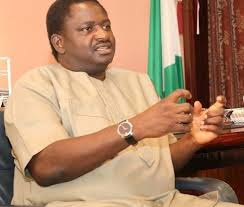 The Presidency, through the Special Adviser to the President on Media and Publicity, Femi Adesina, has explained why the returned $311million from the US cannot be squandered by the government.

Adesina disclosed that even before releasing the money, the US government made it mandatory for President Muhammadu Buhari to state exactly what the fund will be used for.

For this reason, Adesina asked whoever was concerned about how the Abacha loot would be spent, to “take a deeper look into the budget.”

The Peoples Democratic Party (PDP) on Wednesday alleged fresh plots by the cabal in the Presidency and the All Progressives Congress (APC) to use fake subheads and duplicated projects as ploy to re-loot the recently repatriated $311millon.

Adesina said this on Wednesday when he appeared as a guest on Channels Television’s Politics Today.

He said that “all regarding the use of the recovered funds is embedded in a section of the budget called ‘Recoveries’.

“The monies recovered have always been and will continue to be used for Social Investment Projects.”

Adesina also pointed out that there are subheads awarded to the funds within the budget.

The Buhari’s mouthpiece added that contrary to claims in some quarters, the funds have been judiciously put to use and the breakdowns within the budget give deeper insight as to the specifics of use.

Adesina assured the people that the loot recovered from the US cannot be squandered because “even before it was released, the American government made it mandatory for the Buhari administration to state exactly what it will be used for.”