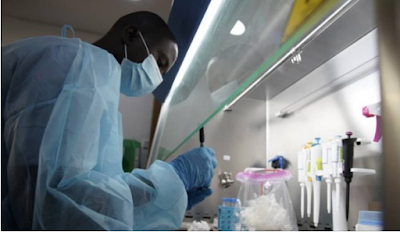 A significant percentage of male patients have tested positive for COVID-19 in Nigeria.

This is according to the latest situation report of the Nigeria Centre for Disease Control (NCDC) for May 6.

In fact, when compared to the figures for Wednesday, according to the cases recorded for May 6, 58 females and 137 males tested positive in that single count.

Nigeria has conducted tests on 22,492 samples collected, with 1,284 samples tested in the last 24 hours according to the May 6 situation report.

COVID-19, according to medical experts, mainly affects the immune system, and there is ongoing research in understanding the cause of the increased rate of infections in men — because this is not just a Nigerian thing.

Although the studies are not exhaustive, some point to an increased life expectancy in the female genetic make-up.

For instance, an April 29 Frontiers in Public Health study carried out on selected patients in China showed that more men than women were susceptible to suffering severe COVID-19 complications.

“Gender is a risk factor for higher severity and mortality in patients with COVID-19, independent of age and susceptibility. This gender factor, as well as higher incidences in men for most of the diseases, could correlate with a general demographic fact of a shorter life expectancy in men compared to women in China and in the world in general. Although there is no significant difference in median age between male and female groups, the maximum of the range of IQR is lower in males in the case series,” it read.

Sabra Klein, a professor in molecular microbiology and immunology at the Johns Hopkins Bloomberg School of Public Health also said in this interview that though the reason for the increased infection rate in males is not yet clear, the female genes may have some sort of influence on COVID-19, but may also have consequences.

“What really is very obvious is that being male is a risk factor for more severe outcome during this pandemic. And we really don’t fully understand why. As a biologist, I immediately start thinking about biological differences between the sexes that can contribute to why it is or how it is that disease severity can be different between men and women,” she said.

”And one difference that I’ve spent much of my career studying is the greater immune responses that we typically see in females as compared with males. And this greater immunity can be it can be a blessing. Or it can be a curse.”

“It can be a blessing because in many cases, and what we’re hypothesising about right now, is that greater anti-viral immunity. So, those immune responses that are going to be really critical for recognising that this virus has entered the body and responding and initiating the subsequent responses that are going to be really important for clearing the virus from our body. These types of responses are often greater in women as compared with men.”