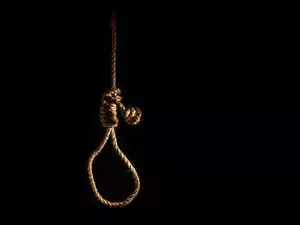 The incident happened in the Yala Local Government Area of Cross River State.

A blogger based in the area, Matthew Okache, stated that following a misunderstanding with her mother, she drank herbicide and died in hospital.

Okache stated, “Josephine had a misunderstanding with her mother and the mother scolded her and she became offended, went inside the house and drank the herbicide used by her mother to kill grass in the farm.


“After drinking the herbicide, she went to her bed and lay down with nobody knowing until she started passing faeces and vomiting; that was when people realised what had happened.

“She was rushed to the Santa Maria Clinic along Imaje Road, Okuku, but died shortly afterwards.”

He said the girl was a student of a private secondary school in Okuku, adding that “her corpse was buried immediately as such an incident is a taboo in the area.”

The Cross River Police Command’s Public Relations Officer, DSP Irene Ugbo, said she had yet to receive the report on the incident.