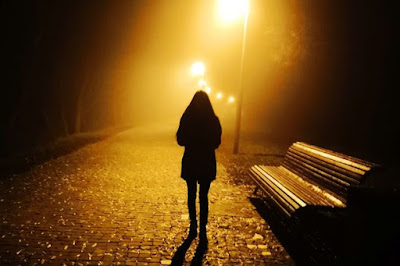 Going through a break-up is hard but that doesn’t mean life should equally end because of it. Most things are detrimental to the action you take when you are heartbroken. Here are the things you shouldn’t do when this happens to avoid further damage.

Raise your standards higher. No, taking it a notch higher just to avoid getting the same person you felt you wasted your time with and eventually got your heart broken isn’t the remedy to getting a better person. So please take it all the way back down.

Change appearance. Changing the style or color of your hair from what it used to be ─ just because he or she liked the way you normally packed it up or let it down or the way it smelt or the texture you used to have ─ won’t attract a better partner. Neither is changing the serious up-do to a more girly and playful one or casual jeans and tee. If you must, do it for you and not with a motive of revenge or pain.

Avoid mutual places. The truth is, whether or not you do, sooner or later you will bump into him/her at places you didn’t even expect you would. Maybe while at a new gym or a new restaurant. Besides you don’t want the show of weakness to come from your own end. If both of you used to attend stage plays together then by all means continue even if on a solo train.

Stay away from mutual friends. You only end up giving them the impression that the break-up hurts you and you don’t want that. They are like the intermediaries now and everything that happens to you is being reported to the other when they hang out. So when they ask to hang out, don’t turn them down or avoid them. Seize the opportunity to show them that you are great.

Generalize. All men are dogs, all women cheats. No! There is a man/woman out there for you; simply because one messed up doesn’t mean they all will. Always see your past relationships as a course and a lesson to be learnt for you to be a better person in a relationship until you graduate and are ready for that life partner.

Reflect/Reverie. Thinking about what you should have done better or how good times were will not help you heal or even move on and neither will it make anything better. Just pick your mistakes like the previous point above and work on it.

Blame yourself. No, it wasn’t your fault, things just happened. Most of them are inevitable. If it wasn’t working, it wasn’t going to eventually. It was only prolonged because one of you refused to admit it for the fear of being alone.

Slack at work. Work doesn’t have to suffer because you went through a break-up: your boss doesn’t exactly care that that part of your life exists. Of course, the occasional jokes persist but the moment you give work a back seat because of that, it is the end of your stay in that office. So buckle up!

Pause mutual dreams. So you both had mutual dreams you were pursuing with the hope you both will end up spending the rest of your lives together but that unfortunately didn’t happen. Who says you have to end it? It is mutual, meaning two dreams put together to become one. So just pick your half and put it into action. No event as mere as a break-up should stop that. It is going to be hard ─ knowing it was a dual ambition but focus and the strength of two will be active in you.

Expect too much. So you’re heart-broken, you grab your gear, strap up tight in firm protection of your heart so as not to fall prey to a potential heartbreaker, while you grab your binoculars in search of only that perfect person. It is not going to work. Expecting to meet a perfect person only exists in your fantasy as perfect people do not exist.