103 Nigerians are now dead from Coronavirus 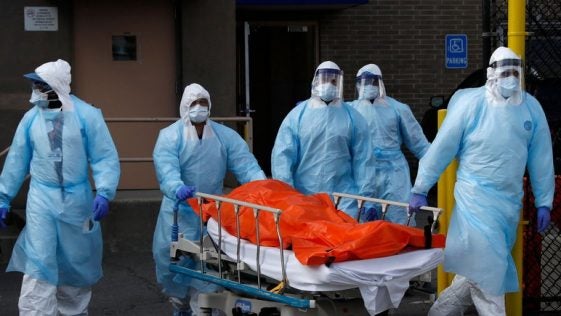 Coronavirus death toll in Nigeria has climbed to 103, with five new deaths recorded by the nation on Wednesday.

According to the Nigerian Centre for Disease Control, NCDC, five new deaths recorded on Wednesday took the nation’s death toll to 103.

Of the 103 people who died of Coronavirus, 30 of them were from Lagos, while Borno recorded 14 deaths.

Kano has recorded 13 deaths so far, after two people died on Wednesday.

Kaduna, Jigawa, Yobe, Ekiti and Nasarawa, have all recorded one death each.