100,000 Americans may die from Coronavirus – Trump 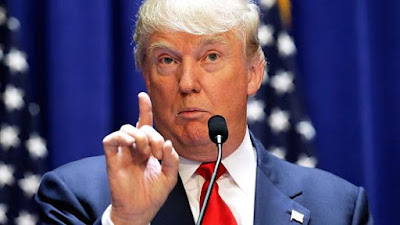 United States President, Donald Trump has predicted that 100,000 Americans may die from the deadly Coronavirus.

Already, over 67,000 Americans are dead from the virus, with over a million infected.

Trump had predicted in April that 60,000 Americans might die from the virus, but that has been eclipse with more Americans dying from the pandemic.

The president is however confident that there will be a vaccine for coronavirus by the end of the year.

The president used a Fox News “virtual town hall” on Sunday night to repeat his regular virus talking points, including that a vaccine was not far away, Covid-19 was China’s fault and the economy would not only recover but “grow like crazy”.

“We are very confident we are going to have a vaccine by the end of the year,” Trump said.

According to the UK Guardian, Trump indicated that intelligence agencies would release further information on Monday about the virus but failed to give details.

Asked why he didn’t act earlier on the epidemic, the president said that on 23 January he was in told in briefings there “could be a virus coming, but it was of no real import.”

His comments came amid reports that US officials believed China intentionally covered up the extent and severity of the virus while increasing its imports and decreasing exports of medical supplies.

The Associated Press said a four-page Department of Homeland Security intelligence report dated 1 May found China held off informing the World Health Organization (WHO) that the coronavirus was a contagion for much of January so it could order medical supplies from abroad, and that its imports of face masks and surgical gowns and gloves increased sharply.

Those conclusions were based on the 95% probability that China’s changes in import and export behaviour were not within normal range, the report said.

Asked about the the virus’s origins, Trump again suggested it came from a Wuhan lab. “I think they made a horrible mistake and they didn’t want to admit it,” he said.