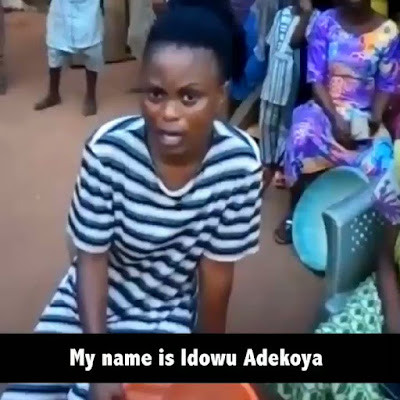 Men of the Ogun State Police Command have arrested one Idowu Adekoya and two others for allegedly raining curses on the Governor Dapo Abiodun over alleged poor quality of food items distributed as palliatives.

In a video that has gone viral on the social media, the three accused women were seen abusing the governor, the local government chairman and the vice-chairman of the Ijebu-Ode Local Government Area for distributing beans filed with stones to residents of Ijebu Ode.


When contacted, the counsel for the acussed, Gboyega Okenla, said,”When I got to the police station , I saw that they were being investigated for conspiracy and conduct likely to cause breach of the peace.

“They have been released, there might be possibility for them to come back to the police station.”

Meanwhile, the state government has described the video as fake

The government in a statement by the Chief Press Secretary to the State Governor, Kunle Sumorin, said, “The truth of the matter is that the fake news purveyor (Idowu Adekoya) who uploaded the offensive and outrageously false video on the internet, had already confessed to being negatively influenced to put up the video by some disgruntled politicians in Ogun State.”