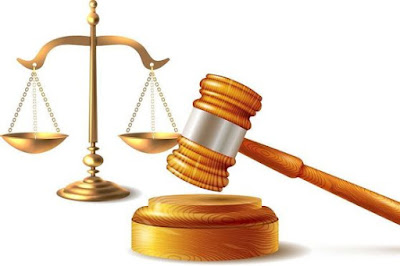 A Chief Magistrates Court in Kafanchan, Kaduna State, has sentenced a teenager, Sunday David to six months’ imprisonment and five strokes of the cane for stealing two phones and  N13, 500.

The Presiding Judge, Mr Abdulaziz Ibrahim, however, gave the teenager an option of N20, 000 fine.

The 19-year-old, David, had pleaded guilty to trespass and theft, contrary to Sections 333 and 271 of the Kaduna State Penal Code.

The prosecutor, Insp Johnson Ibudu, had told the court that one Mr Sunday Hillary reported the case to the police on April 4.


Ibudu said that the complainant alleged that an unknown person trespassed into the house of one Mr Anthony Diam and made away with Tecno and Fero phones as well as N13, 500.

He said that during an investigation, the police discovered that David committed the crime.

The prosecutor had prayed the court to try David summarily in line with Section 125(8) of the Administration of Criminal Justice, following his guilty plea.

Meanwhile, the magistrate also sentenced a 23-year-old man, Alkasim Abdullahi, to two months in a correctional facility for stealing a laptop and other items.

The magistrate also ordered that the convict be given 10 strokes of the cane.