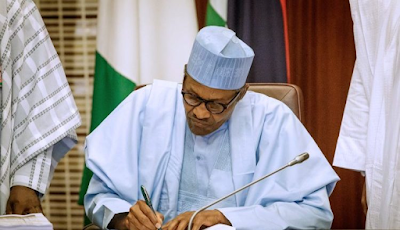 The Muslim Rights Concern (MURIC) has commended President Muhammadu Buhari on the presidential pardon of 2,600 inmates and appealed for the inclusion of the 54 soldiers serving 10 years jail term.

The Nigerian Army  had through separate General Court Martials in January and March  2015, sentenced to death by firing squad the 54 soldiers for mutiny, but in 2019, commuted the sentence to 10 years imprisonment.

The soldiers are serving their sentences at the Kirikiri and Ikoyi correctional centres in Lagos State.

The Director of the organisation, Prof. Ishaq Akintola, in a statement issued in Lagos on Friday, described the president’s action as timely and humane.


“We remind those who are to implement the presidential pardon to include the 54 soldiers of the Nigerian Army who are currently serving a 10-year jail term.

“Some of the 54 soldiers are in Kirikiri and Ikoyi correctional centres. We urge the presidential team to visit those places.

“We hereby appeal to the committee handling the implementation of the presidential amnesty to consider them,” he said.