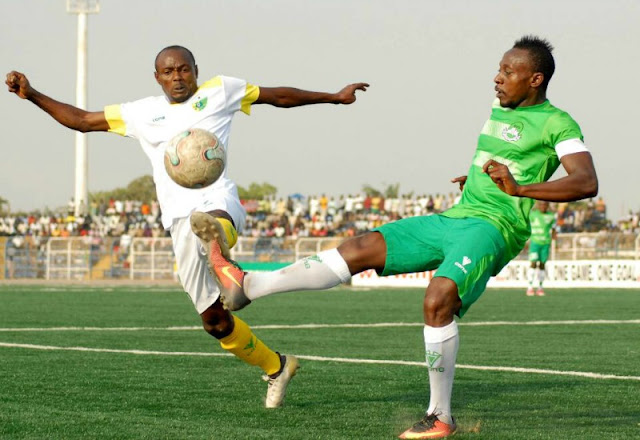 The decision to suspend the NPFL back in the middle of March came as both a blessing and a curse to a number of teams in the league. It also affected multiple organizations outside of the league, which had strong interests in the evolving situation. For example, Nigerian bookies would have had an interest in the league continuing. Four of the top five teams in the league would also have had similar feelings.

This is because four of these sides were in fantastic form: Plateau United, Rivers United, Enugu, and Enyimba all picked up at least 12 points from their last five games. With these great runs of form, none of the aforementioned teams would have wanted the league to be suspended.

Obviously, the Nigerian Football Federation had to make the right decision for the safety of the country’s people, and suspend the league due to the Coronavirus outbreak. There have been plenty of tough decisions to make in the past few months, and this is just one of them. With the league still on hiatus, now is the perfect time to look over who we think will take the title.

Plateau Utd have just the single Nigerian Premier League title to their name. Coming in 2017, it’s quite a recent win and one they haven’t been able to repeat. However, this season, they managed to put themselves in a very strong position at the top of the table just before the league was suspended. Plateau Utd are currently on a 10-match unbeaten streak, which includes a win against the team taking second place: Rivers Utd.

This fantastic run of quality teamwork is something that Plateau will be hoping to keep going once the league starts up again. The break didn’t come at a good time for Plateau, and they will be hoping that it doesn’t cause them to “plateau” and blow their chances at a second title. What will give them hope, though, is that all of the other teams are in the same boat, as well as the recent win against the team in second place.

Rivers Utd has managed to put up a strong challenge to Plateau throughout the whole season. The only real issue that’s been raised is their apparent trend for starting to pick up too many draws: in their last 10 games, they have walked away with three draws. This is equal to half of their total in the previous 15 games. This, along with the loss against Plateau Utd, has caused them to drop points and start to fall away from the team at the top of the table.

But this isn’t a reason to call their title challenge over. Over the last five games, they have won four and lost just one. This has given them a strong return of 12 points, and keeps them within four points of the leaders. With a third of the season left, there is plenty of time to overhaul those points and undertake a strong challenge to win the league.

Who will win it?

It’s a tough call to predict who will win the league come the end of the season. This is certainly a fascinating time, and one that fans are sure to remember for years to come. But there is plenty of speculation out there to consider. We believe that Plateau Utd are in the strongest position and will end the season as champions, as they were also the top favourites of the Nigerian sports betting sites. This is due to both the points gap and the slightly stronger recent form they demonstrated before the league was suspended.

It’s important to talk about the outsider in the pack as well. Enyimba have five games in hand over the two teams at the top of the table, and are just 13 points behind. While winning those five games is unlikely, if they actually manage to pull this off, they have to be talked about as potential league winners as well.