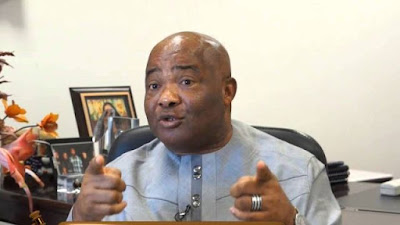 Governor Hope Uzodinma, on Monday, announced that his government has saved the total sum of N2 billion in their ongoing discovery of padded names in the civil service system in Imo State.

This was contained in his state broadcast in Owerri, regarding his 100 days in office. He linked the payroll fraud to cabals who have multiple names in the payroll system in order to collect both salaries and pensions. Part of what he said he uncovered was that for the past ten years, the nominal roll of pensioners have been static to the total number of N30,000 pensioners in Imo.

“A crucial look at salary management in the state revealed some startling trends that have consistently haemorrhaged our common treasury. Some glaring mismatches discovered amply prove that the state salary regime is fraught with corrupt manipulations. “I found it curious that a state with 56,000 workers (both state and LGA) only captured 17, 000 persons in the income tax, otherwise known as Pay as You Earn (PAYE).

“More mesmerising is the fact that the nominal roll of pensioners have stood at 30,000 for ten years now. This will mean that there have been no retirements in the last 10 years and no pensioner has died either.


“These are discoveries that clearly showcase sharp practices in the state payroll system.

“The absence of a BVN security in payment of salaries is yet another source of fraud. It  is common knowledge that in this digital age, BVN is a necessary component of salary payments.”