Mourinho had agreement with Liverpool before Abramovich approach, agent reveals 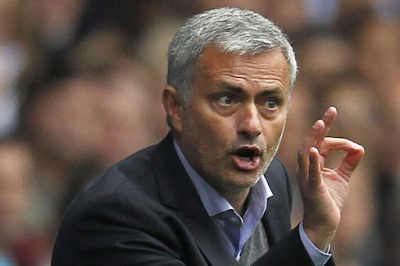 Jose Mourinho had a deal with Liverpool before the intervention of Chelsea owner Roman Abramovich, it has been revealed.

Mourinho, now in charge of Tottenham, was close to taking over from Gerard Houllier during a mediocre season at Anfield in 2004.

In a new book, ‘Mourinho: Beyond the Special One, from the origin to the glory’, his former advisor, Jorge Baidek has confirmed there was an agreement in place with the Reds.

But they were asked to wait just over two weeks with Houllier still in charge, by which time Chelsea pounced.


Baidek recalled: “Mourinho should have gone to Liverpool.

“Rick Parry [then chief executive] was in charge of transfers and we had an agreement.

“They asked us to wait for 15 days as Houllier was still the Reds’ manager.”

Bruno Satin, Houllier’s agent, had been involved in negotiations but super-agent Jorge Mendes alerted Chelsea they still had a chance to act.

He helped engineer their attractive offer, and a meeting before Porto’s Champions League semi-final saw Mourinho meet Abramovich for the first time.

Soon, a deal was rubber-stamped on his yacht the day after Mourinho’s Champions League triumph.