Melinda Gates to Trump: Your WHO move makes no sense 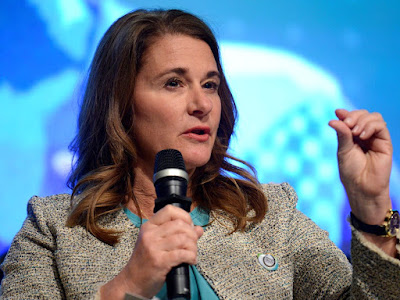 Melinda Gates has slammed U.S. President Donald Trump for pulling funding from the World Health Organization (WHO) at a time of coronavirus pandemic.

She spoke Wednesday when she announced an extra $150 million of funding from The Bill & Melinda Gates Foundation to WHO.

The money is to help speed the development of treatments, vaccines and public health measures to tackle the new coronavirus outbreak.


Melinda Gates said the WHO is “exactly the organization that can deal with this pandemic”.

“De-funding the WHO makes absolutely no sense during a pandemic. We need a global coordinated response,” Gates, who co-chairs the foundation with the billionaire Microsoft co-founder Bill Gates, said in a telephone interview.

“When you’re in a crisis like this, it’s all hands on deck.”

President Donald Trump announced on Tuesday a halt in U.S. funding to the WHO, saying it had “failed in its basic duty” in allowing the pandemic to take hold.

The Gates Foundation is the second largest donor to the WHO behind the United States.

Melinda Gates said earlier that cutting WHO funding in a health crisis was “as dangerous as it sounds”.

He said the organization was still assessing the impact and would “try to fill any gaps with partners”.

The philanthropic Gates Foundation’s new $150 million commitment brings its COVID-19 funding for the international response to date to $250 million.

Melinda Gates said any gap left in the WHO’s funding would be very hard for others to fill.