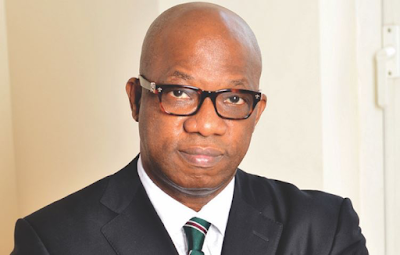 The Ogun Government says it will only open markets every two days during the lockdown.

Gov Dapo Abiodun made this known while addressing newsmen on Friday night at his residence in Iperu Remo,Ogun.

The governor also declared that all markets in the state would only open between 7 a.m. to 2 p.m. on Tuesday as the lockdown started on Friday night.

He noted that the total lockdown of the state for the first three days was to allow for complete fumigation of the state to disinfect public places such as motor parks and markets.

“This 7.00 a.m. to 2.00.p.m. window will be observed every other day therefrom; that is, Tuesday instant, Thursday, and Saturday for the coming week,” he said.

The governor noted that no fewer than 500,000 households would benefit from the stimulus packages to cushion the effects of the lockdown.

Abiodun explained that the packages, which comprised of 5kg each of rice, beans and garri with tomato pastes, vegetable oil, salt, seasoning cubes and other hygiene products would be distributed to the “poor and the vulnerable in the state’’.

The governor, however, warned that under no circumstance should the items be diverted to other use other than what they were meant for.

He appealed to the people to avoid stampede and unnecessary struggles during the distribution, saying it would be an ongoing process.

“We have constituted a multi-sectoral local government taskforce to monitor the daily report and distribution of the stimulus packages from state government to all the 236 wards of the state,” Abiodun said.

The governor further said that the state government would begin to enforce compulsory wearing of face mask as from Tuesday morning of April 7, till the expiration of the lockdown.

He also announced that the third case of COVID-19 who tested positive 10 days ago, was discharged on Friday evening, having shown considerable improvement in his health condition.