I acquired a house in Port Harcourt- Tacha declares 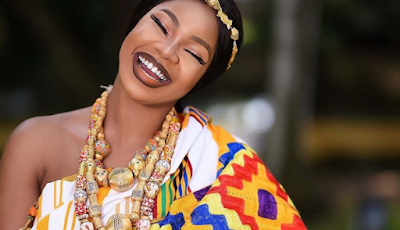 Reality Tv star, Natacha Akide a.k.a Tacha has averred that she got a house for herself in Port Harcourt,Rivers state.

The  former BBNaija housemate made this known  while on an Instagram live chat with music star, Peter Okoye of the defunct group, Psquare.

According to her: ‘It’s true, its actually true, I just don’t think its time to spill,” she replied.

Tacha who was disqualified while on BBNaija in 2019 noted that she doesn’t hold anyone responsible.

Speaking in a chat with newsmen, she said:” I don’t hold anyone responsible for my disqualification from the show; not Mercy or anyone else. I feel I was meant to be disqualified. That disqualification was fate and nobody’s fault.

Big Brother gave me a platform to showcase myself. I stayed in his house and ate his food. His house has rules and he’s never wrong. He did what he had to do.

I also don’t feel like Seyi betrayed me while we were in the house.

If I were to go for the competition again, I would, honestly, smile more, be more lively while minding my business and avoid fight traps.

I am doing well for myself and brand now. I am very visible and my family, the ‘titans’ make being visible easy for me”.