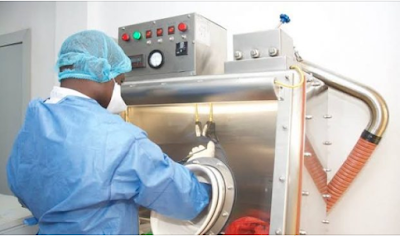 Less than two months after recording its index COVID-19 case, Nigeria has crossed the 1,000 mark. An Italian had tested positive for the virus on February 27 and a Nigerian who met with him later contracted the disease, then the cases kept increasing. As of 11:30 pm on April 24, 2020, the Nigeria Centre for Disease Control (NCDC) confirmed the total number to 1,095 COVID-19 cases in Nigeria. Of that figure, 208 people have recovered, while 32 have died across 27 states and the federal capital territory (FCT).

Exactly one month ago, the NCDC put the coronavirus toll at 44. On March 24, the agency made two announcement of COVID-19 cases. At 1pm on that day, NCDC confirmed two cases that pushed the total to 42 and five hours later, two new cases were announced.

In the situation report released on March 24, the agency one case each were recorded in Bauchi, the federal capital territory, Ogun and Lagos.


“A total of 178 persons have been screened for COVID-19 (4 new) in 16 States (Adamawa, Akwa Ibom, Bauchi, Edo, Ekiti, Enugu, FCT, Kano, Katsina, Lagos, Nasarawa, Ogun, Ondo, Oyo, Rivers and Yobe) out of which 44 were confirmed positive,” the report read.

Although testing capacity has increased from 178 on March 24 to 10,431 on April 24, there have been concerns raised on the need to scale-up the country’s testing capacity but the NCDC had insisted that it would not conduct mass testing, but the agency later said mass testing would begin in May.

In its national strategy document on scaling up testing capacity, published on April 15, the agency had outlined plans aimed at improving its response to the COVID-19 pandemic.

“As global shortages of diagnostic kits and laboratory consumables increasingly impacts the optimal functionality of the laboratory system in Nigeria and acrossthe world, an adaptive testing strategy will be adopted to ensure the most vulnerable persons, those at elevated risk, and those with super spreading potential have access to testing,” it read.


“From April 2020, NCDC will work with existing laboratories to ensure that everyone who meets the case definition gets tested.

“In the next one month, NCDC will expand testing capacity to six more molecular laboratories in the country, resulting in a total of 14 laboratories. Between May and September 2020; we will roll out mass testing to survey the population, to learn more about this virus and contribute to research and development.”

The US, which is conducting mass testing, has recorded the highest figure – 925,758 confirmed COVID-19 cases.

Some African countries such as South Africa and Kenya have also rolled out plans to begin mass testing for coronavirus.