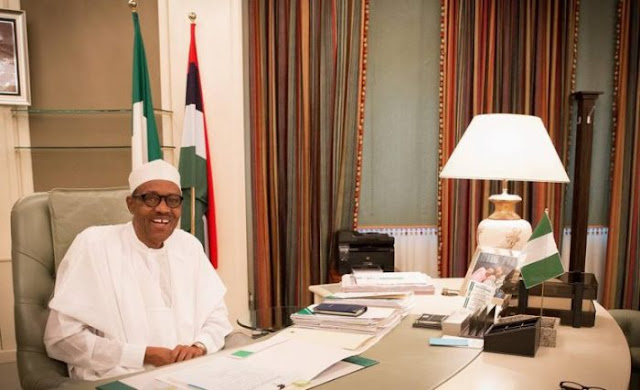 The President Muhammadu Buhari, has approved the temporary employment of 774, 000 people who will engage in sweeping of streets, markets and clearing of gutters for a period of three months.

The initiative will be funded from the N60bn COVID-19 Intervention Fund and will last from October to December 2020, according to the Minister of Finance, Budget and National Planning, Zainab Ahmed.


Ahmed disclosed this at a press conference on fiscal stimulus measures in response to COVID-19 pandemic and oil prices fiscal shock, on Monday in Abuja.

However, the government of Nigeria had announced on its official Twitter handle in February that the initiative known as the Special Works Programme, would target rural communities.

The tweet read in part, “The SPW beneficiaries have been engaged to carry out clearing, cleaning of streets, markets, schools, drains etc and also maintenance of rural feeder roads. No skills or formal education are required for the SPW programme. The target areas are rural communities.

“The eight states in the pilot phase of the National Directorate of Employment-managed SPW programme are as follows: Ebonyi, Borno, Edo, EKiti, Adamawa, Kwara, Katsina and Jigawa. The SPW is a three-month paid initiative aimed at engaging young unemployed Nigerians in rural areas during the dry (non-farming) season.”

The National Directorate of Employment has kicked off a Special Public Works Programme (SPW), to engage young Nigerians in rural local governments.

The minister said on Monday that the initiative had been extended to the 36 states of the federation.

She confirmed that Buhari had previously approved a pilot special public works programme in eight states to be implemented by the National Directorate of Employment.

She added that Buhari has now approved that this programme be extended to all 36 States and the FCT from October to December 2020 and the selected timeframe was to ensure that it was implemented after the planting season.

“Mr. President has now approved that this Programme be extended to all 36 States and the FCT from October 2020 to December 2020. The selected timeframe is to ensure that the Programme is implemented after the planting season is over, and it will result in the employment of about 774,000 Nigerians (that is, 1,000 people per Local Government).

“The Federal Ministry of Finance, Budget and National Planning is also evaluating how best to extend the Special Public Works Programme, to provide modest stipends for itinerant workers to undertake Roads Rehabilitation and Social Housing Construction.

“And also Urban and Rural Sanitation, Health Extension and other critical services. This intervention will be undertaken in conjunction with the key federal ministries responsible for Agriculture, Environment, Health and Infrastructure, as well as the states, to financially empower individuals who lose their jobs due to the economic crisis.”

Nigeria has a high rate of youth unemployment with over 20 million Nigerians jobless.

According to the National Bureau of Statistics, Nigeria’s unemployment rate is 23.1 per cent while the rate of underemployment is 16.6 per cent.