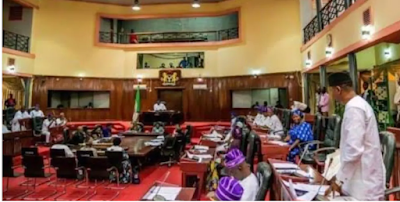 Members of the Oyo State House of Assembly have agreed to a 30 percent slash in their monthly allocation.

It was gathered that the slash in the allocation takes effect from April.

The agreement was reached when Governor Seyi Makinde met with the State lawmakers at the government house, weekend.

The slash according to the lawmakers is to assist the state government in its bid to pay salaries of workers as Coronavirus bites harder on the global economy.

The 30 percent deduction includes both the lawmakers’ salaries and other monthly allowances accruable to them.

At the meeting, Makinde explained that the pandemic had resulted in about 60 percent drop in the federal allocation and it was taking a toll on the state’s economy.

Chairman, Oyo House Committee on Information and Media, Kazeem Olayanju, in a statement on Monday, said the lawmakers agreed to slash their pay in the interest of the smooth running of the state.

“Our income has been slashed by 30 percent as our support towards COVID-19.

“The governor brought the idea and we agreed that effective this month, there should be the 30 percent deduction.

“We were made to understand that the pandemic had greatly affected the economy of the country and the state as well, as that the Federal Government has reduced allocation by 60 per cent.

“Hence, we agreed that political office holders should make sacrifices”.