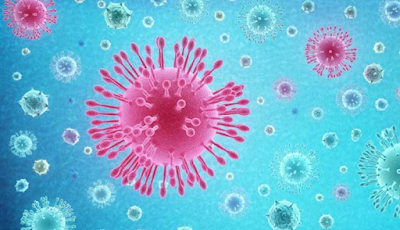 Governor Rotimi Akeredolu of Ondo state Monday regretted that the surge in the number of COVID-19 cases in the state was as a result of the porous borders and compromise by security agencies.

He lamented that the cases rose from three last Saturday to eight on Sunday because ” Our borders are still porous and heavily compromised.

Meanwhile, the state police commissioner Undia Adie said that two of the patients who are police officers who sneaked into the state despite the close of the border would face orderly room trial after recovery from the disease.

Akeredolu said this while briefing newsmen on the increase in the number of cases in the state within 24 hours.


“Our security agents, who ought to enforce Government’s restriction order are themselves accomplices who abuse the trust placed in them at this critical time.

“Members of the public, upon witnessing this massive compromise by law enforcement agents and other Government officials, are thereby encouraged to defy the safety regulations and persist in error.

“In any and all of these scenarios, we are the losers. The level of threat and risk to our lives and those of our loved ones are heightened. We must do something to prevent these unfortunate and absolutely avoidable experiences.

“In this regard, I, therefore, wish to call on the Inspector-General of Police, the Service Chiefs of the Nigerian Armed Forces as well as the authorities of other security agencies, to streamline and monitor the movement and operations of their men at this time, to prevent needless, avoidable and unfortunate occurrences like this in the future.

“I also challenge them to enforce stricter compliance of their agents to their Operational Orders and the same regulations they are enforcing on all Nigerians.

“I believe there can be no corruption or malfeasance higher than any act of wilful compromise that threaten lives, peaceful existence, well-being and sustainability of our society.

Akeredolu said that ” Ondo State recorded five more Cases of Covid-19 infection over the weekend. The fourth and fifth Cases occurred on Saturday while the sixth, seventh and eighth Cases were discovered yesterday, Sunday.

“The fourth and fifth Cases were clear evidence of panic, disobedience, lack of discretion and reckless disregard for the well being of others, while the sixth, seventh and eighth Cases were regrettable Cases of community transmission whose presence in our State were by default.

“For purpose of clarity and for clear understanding of the facts of the matter by members of the public, the fourth and fifth Cases are officers of the Nigerian Police Force, serving under the Lagos State Police Command while the sixth case is a murder suspect who was arrested in Edo State and transferred to Ondo State for trial of crime earlier committed in Ondo State.

“The seventh case was a female civilian who sneaked into the State from Abuja.

“The eighth confirmed case is a female who was admitted at the FMC Owo with symptoms suggestive of Covid -19. She was tested on the 25th April 2020 and the test returned positive.

“The last case was the doctor who treated the index case. He has also tested negative after treatment and we are only waiting for the result of the second test to know if he will be discharged.

He appealed to the people of “the State, to improve on compliance with the precautionary regulations against Covid-19 as pronounced by Government.

“I ask you, my people of Ondo State to be more vigilant about existing neighbours and new faces around you; observe the State of health of fellow citizens, with particular attention to the established symptoms of Covid-19.

He added that the people should ” report any reasonable suspicion to appropriate authorities or special tolls free numbers dedicated for rapid response; encourage one another to be bold and report strange changes in personal health status to the authorities;obey the restriction orders and all social and physical distancing regulations; stay indoors and observe the regular hand washing and other hygiene.