China ‘wasted time’ in alerting the world about coronavirus pandemic 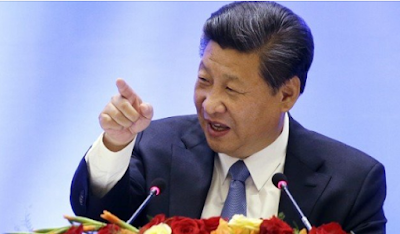 Officials in China reportedly spent a week downplaying the risks of a possible coronavirus pandemic.

According to AP, documents and interviews with various officials in the country showed that China detected a likely pandemic in the aftermath of the outbreak, but failed to warn the world for six days.

During those days, from January 14 to January 20, Wuhan, where the outbreak was first recorded, reportedly hosted a mass banquet for tens of thousands of people, with more travels taking place in and out of China.


But by that time, more than 3,000 people had been infected during almost a week of public silence, according to internal documents obtained by The Associated Press and expert estimates.

The news agency cited internal bulletins as saying before the six-day delay, the preceding two weeks witnessed no new coronavirus cases reported by local officials, but saw “hundreds of patients appearing in hospitals not just in Wuhan but across the country.”

It said while it is not clear whether local officials failed to report cases or national officials who failed to record them, interviews suggested that China’s rigid controls and bureaucracy “muffled early warnings” about a pandemic.

It quoted documents as revealing how Ma Xiaowei, head of China’s National Health Commission, “laid out a grim assessment of the situation on Jan. 14 in a confidential teleconference with provincial health officials.”

“The epidemic situation is still severe and complex, the most severe challenge since SARS in 2003, and is likely to develop into a major public health event,” the memo quoted Ma as saying.

A section of the memo titled: “Sober understanding of the situation” is further quoted as stating that “clustered cases suggest that human-to-human transmission is possible.”

“With the coming of the Spring Festival, many people will be travelling, and the risk of transmission and spread is high,” the memo read.

“All localities must prepare for and respond to a pandemic.”

This is not the first time China has been accused of mismanaging the coronavirus pandemic, an allegation it has repeatedly denied.

The doctor who detected the virus was reportedly threatened while other colleagues were punished for “rumour-mongering.”

Researchers later found that cases of coronavirus — which have now exceeded two million and killed at least 137,000 globally — could have been cut by up to two-thirds if earlier warnings were issued to the public.

The World Health Organisation (WHO) declared the coronavirus as a pandemic more than two months into the outbreak.