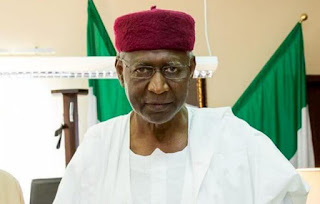 Ahmad stated this while dismissing insinuations that Kyari was dead.

Kyari, who had recently tested positive for Coronavirus, was flown to Lagos State for treatment.

But reports had emerged on Thursday that Kyari was dead.

However, Ahmad called for an end to the clamor for Kyari’s whereabouts, stressing that he was recuperating well in Lagos State.

In a tweet, the President’s aide wrote: “Though I really don’t know who this Lola is, someone close to her should tell her to leave Abba Kyari to recuperate in peace, he’s in Lagos and responding well to treatment.

“If it’s caring she should also use the same energy to ask the whereabouts of other #COVID19 patients.”