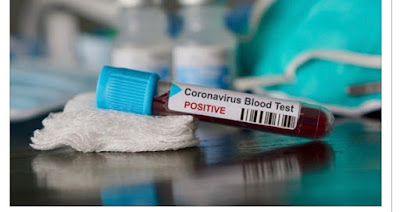 The Nigeria Centre for Disease Control (NCDC) has announced one death and 35 new COVID-19 cases.
In a tweet on Thursday, the agency said while 19 cases were recorded in Lagos, the federal capital territory (FCT) confirmed nine fresh cases, while Kano recorded five and two in Oyo.

Thirty-five new cases of #COVID19 have been reported as follows:

A total of 442 cases have been confirmed in 19 states and the FCT. Of that figure, 152 patients have been discharged.

Earlier on Thursday, Chikwe Ihekweazu, director-general of the NCDC, asked Nigerians to avoid stigmatising COVID-19 patients, as it was making contact tracing harder for health officials.
He called for the cooperation of Nigerians, adding that the centre is considering imposing the use of face masks in certain places, as part of efforts to reduce the spread of the virus significantly.
Lagos still has the highest number of confirmed cases with 251 patients, as well as the highest number of recoveries; 90 patients have been discharged.
FCT has the second highest number of confirmed cases with 67 patients, while Kano has the third highest with 21 cases.