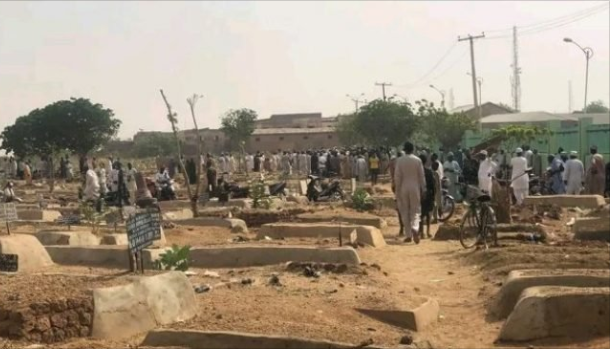 The male gender has accounted for 91 percent of mysterious deaths in Kano, a new survey has revealed.

According to the survey-based report, 41.3 percent of those involved had a fever — one of the symptoms of the novel coronavirus disease (COVID-19).

Over the past few weeks, strange deaths have claimed a number of prominent figures in Kano, the second-biggest state in Nigeria (by population).

The state government admitted the “strange deaths” and its severity on Sunday but blamed malaria and other terminal conditions but not COVID-19.


Report of contamination and closure of the molecular laboratory testing for COVID-19 in the state exacerbated the situation, fuelling speculations linking the deaths to a pandemic that has affected over 1,500 Nigerians.

Muhammad Garba, the state’s commissioner for health, further stated that verbal autopsy, a method of determining the cause of death via information gathered from people who knew the medical history of the deceased, would be used to unravel the situation.

The World Health Organization approves verbal autopsy as a vital tool in places where undocumented deaths are rife — but has standards for conducting such.

Since the strange deaths took over the state, Yusuf Yau Gambo, a lecturer at the Department of Mathematics, Yusuf Maitama Sule University in Kano, carried out a “community-based survey on reported increased mortality in Kano state,” giving “possible explanations with data”.

Gambo, an applied mathematician and data analyst, stated that the report, which has received attention from Kano State COVID-19 task force, is an attempt to provide timely intervention to understand the situation and to halt false narratives.

The survey, based on a very small sample size of 260 households from over 17 local government areas, revealed that half of the respondents (130 families) have each witnessed more than five deaths in their vicinity in the two-week period before the report.

About 67 percent of the respondents said the strange deaths started from 13 April and have continued up until when the survey concluded on April 25.

The report also revealed that most of the reported death cases by respondents happened in Kano metropolis with a vast majority of the deaths occurring in Kano Municipal LGA followed by Gwale and Dala LGAs.

The report also showed that fever was predominant in the sick but only 22% confirmed hospitalization before death, and one-third of the victims were sick for less than five days.

COVID-19 CANNOT BE RULED OUT
Giving a clinical perspective of the report, Auwal Abubakar, a medical doctor and incident manager at Bauchi State government’s Emergency Operations Centre (EOC), also noted the closeness of data with COVID-19.

“Although it’s hard to point out the possible cause of death based on the data, however, the possibility of relating the situation to the current COVID-19 pandemic could not be ruled out,” Abubakar said.

“This is because the data strongly aligns with the current COVID-19 pandemic in terms of symptoms, incubation period, age group affected and other demographic characteristics.”

Only one percent of deaths involved children, while about 50 percent involved adults — over the age of 60.