Why I can never marry a poor girl- Wizkid 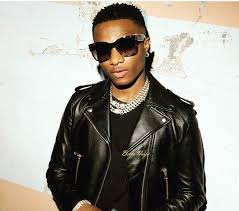 Nigerian pop star, Ayodeji Balogun a.k.a Wizkid has stated that he cannot marry a poor girl.

The ‘Ojuelegba’ crooner made this known in a recent interview, adding that a successful singer like himself cannot do that.

In 2016, Wizkid achieved international recognition following his collaboration with Drake on the global hit, “One Dance”, which reached number one in 15 countries, including the United States, United Kingdom, Canada and Australia.


He signed a multi-album deal with RCA Records in March 2017. His third studio album Sounds from the Other Side was released on 14 July 2017. It serves as his major label debut and was primarily a Caribbean-influenced record. SFTOS was supported by five singles: “Daddy Yo”, “Sweet Love”, “Come Closer”, “African Bad Gyal” and “Naughty Ride”.