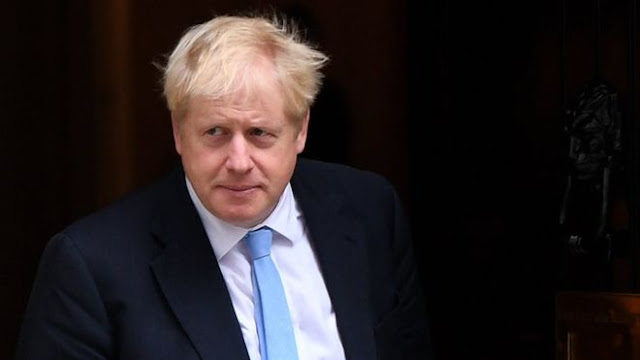 The United Kingdom went into full lockdown Monday as the British government attempted to contain the spiraling number of coronavirus cases that have emerged in the country.

The lockdown, which will be reassessed in three weeks, will close all businesses deemed nonessential, Prime Minister Boris Johnson said.

“The time has now come for us all to do more,” Johnson said in an address to the nation Monday evening.

The strict new measures will be enforced by the police and are aimed at limiting people's movements amid fears that the British health service may be overwhelmed by the coronavirus unless the pandemic's spread is slowed.

Johnson said he wanted to "give the British people a very simple instruction: You must stay at home."

However, people will be allowed to leave their homes to shop for the “very basic necessities," to do exercise once a day, for medical reasons, to provide care to a person in need, and to travel to and from work “when absolutely necessary,” he added. Gatherings of more than two people in public would be barred.

All nonessential stores would be forced to close, and social events such as weddings, baptisms and other ceremonies would be postponed. Funerals could go ahead but only attended by close family members, the prime minister said.

Johnson had resisted forcing his population to adopt the types of lockdown measures seen in the United States and across Europe, although he had announced that schools, pubs, cafes, restaurants, nightclubs and gyms were to close down.

But much of the population had not heeded advice to stay away from crowds, with many Britons going to beaches and parks over the weekend. Pictures of subway cars packed with commuters have also gone viral.

With the death toll at 335, coronavirus fatalities are beginning to climb sharply in the United Kingdom. The government's expert advisers warn that the only way to contain the disease is to impose draconian controls on people's social lives for 18 months until a vaccine is found.

More than 6,000 people have died in Italy, where some hospitals have been overwhelmed, the government has banned most travel and issued an order freezing all business activity deemed nonessential in an effort to keep more people at home. Companies will have to remain closed until April 3. In Spain, the death toll hit 2,182 just three days after reaching 1,000.