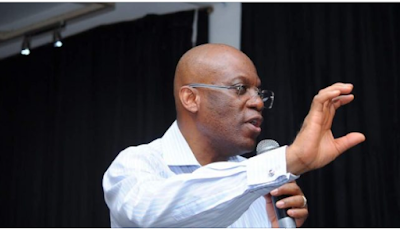 The Nigerian Bar Association (NBA) has condemned the rejection of Akon Ikpeme as substantive chief judge of Cross River state.

At plenary on Monday, the state assembly rejected Ikpeme’s appointment after receiving two reports by one of its committees.

Among the recommendations of the committee, which was divided, is the rejection of Ikpeme on the grounds that she is not a native of the state.

Ikpeme hails from Akwa Ibom state, but she is married to an indigene of Cross River.

Reacting in a statement on Tuesday, Paul Usoro (pictured), NBA president, said it is wrong for the lawmakers to make choices based on ethnic sentiments.

He said the association had recommended Ikpeme as the most preferred candidate based on the tradition of appointing the most senior judge to head the judiciary of states.

Usoro said the appointment of Maurice Eneji as the new acting chief judge of the state is absurd and must not be allowed to stand.

“It has just been announced that HE (Prof) Ben Ayade, the Governor of Cross River State (“CRS” or “the State”) has, this morning sworn in Honorable Justice Maurice Eneji as the Acting Chief Judge of Cross River State to take over from Honorable Justice Akon Ikpeme whose tenure as the Acting Chief Judge expired yesterday, 02 March 2020,” the statement read.

“This absurdity and naked injustice and prejudice must not be allowed to stand. The Nigerian Bar Association (“NBA”) is unequivocally opposed to the appointment of Eneji J as the Acting Chief Judge of the State and even more opposed to the unsavory political intrigues within the Executive and Legislative arms of the Cross River State that has so far resulted in the unconstitutional failure of both arms to confirm and swear in Ikpeme J as the substantive Chief Judge of the State.

“Honorable Justice Akon Ikpeme is the most senior Judge of the CRS Judiciary and next to His Lordship is Honorable Justice Maurice Eneji. The names of Their Lordships were both recommended to the National Judicial Council (“NJC”) for appointment as the Chief Judge of the State, with Ikpeme J as the preferred candidate and Eneji J as the reserve candidate based, amongst others, on seniority.

The association condemned the rejection, saying the governor and the lawmakers are acting in violation of the oath they swore to shun ethnic sentiments in governance.

Usoro said the chief judge designate got security clearance from the Department of State Service (DSS) as against claim by the lawmakers that Ikpeme is a security threat.

He urged the new acting chief judge to relinquish the position in order to preserve the tradition of the courts.

“In the first place, Ikpeme J has, to the knowledge of the State apparatchik, consistently entered her State of Origin as Cross River State and not Akwa Ibom State, in all relevant records, by virtue of her marriage to a bona fide Cross Riverian, and it is factually incorrect and inane for her to be denied the office of the Chief Judge of the State based on a preposterous claim that she is purportedly a non-indigene of Cross River State,” the statement read.

“But even assuming that she is, or the records were to show her to be of Akwa Ibom State origin (which is not the position), did the CRS Governor and his Assemblymen not swear to uphold the Nigerian Constitution, the provisions of which inter alia forbid discrimination on grounds of ethnic background? Are they, the Governor and the House of Assemblymen, upholding the sacred provisions of that Constitution by so brazenly discriminating against Ikpeme J in the appointment of the CRS chief judge?

“From whichever angle one looks at the on-going macabre dance in Cross River State, it is distasteful and must be denounced by all lovers of Nigeria’s Judiciary and its independence. The cherished tradition of appointing the most senior Judges, where they have no reported blemish howsoever, to fill vacancies as Heads of Courts in the States and Federal Judiciaries promotes harmony within the judiciary and extirpates political corruption.

“That tradition must be protected in our overall interest and for the preservation of the Rule of Law and the precepts of justice. With these principles in mind, it is not too late for Eneji J to relinquish the acting appointment that, presumably, has been foisted on him by the CRS politicians and we respectfully urge His Lordship to so act.”