Governors can dethrone anybody – Presidency 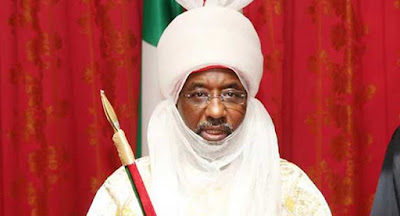 The Presidency has reacted to the dethronement of Muhammed Sanusi II as the Emir of Kano, noting that sitting governors could exercise powers over royal institutions within their jurisdiction.

Sanusi was unanimously deposed on Monday by the Kano State Government led by Governor Umar Ganduje, who immediately announced a replacement for the former Governor of the Central Bank while he was banished and quickly whisked to Abuja.

Reacting to the development on Tuesday, Tolu Ogunlesi, one of the media aides of the President said “A sitting governor can dethrone anybody – they have the power. That is the way the system is set up. Nobody is above being dethroned. Governors formally appoint them, present them the staff of office and fund their offices”.

He said governors have veto powers over monarchs in their states citing Governor Nyesom Wike of Rivers State, who “paraded Rivers traditional rulers recently and addressed them like a kindergarten class. That is the power a governor has over royal institutions. Every governor. It actually didn’t start today, it has been so for a long long time”.


The Special Assistant to the President on New Media further stated that the dethronement of a monarch in the capacity of the Emir of Kano was not new, adding that Sanusi’s fate was not only peculiar to the northern part of the country.