COVID-19: FG to give stipends to Nigerians- Zainab Ahmed 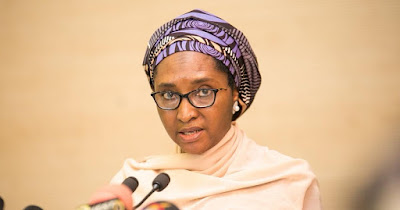 Zainab Ahmed, the minister of finance, budget and national planning, has averred that the federal government is considering giving out stipends to people whose jobs have been affected by the coronavirus outbreak.

Ahmed made this revelation while speaking on Politics Today, a programme on Channels TV.

“We have a number of fiscal incentives that we have thought through and designed but we have to do a couple of engagements before we announce them because of our fragile fiscal situation,” she said.

“We don’t want to rush and make announcements of tax cuts or tax holidays without looking at the full picture of how it affects the federal government, states and how it affects businesses.


“The government is looking at the possibility of giving out stipends, increasing the stipends that it giving out to the category of Nigerians that are classified as poor and vulnerable.

“Also, we are looking at the category of citizens that have been affected by the nature of their jobs by this pandemic. For example, airports are closed so people who run taxi services at the airport will be at home with nothing to do. So we have to carefully identify the groups that will get these interventions. We are also not forgetting businesses.”

She added that the government is still trying to determine the method of disbursing the funds and ensuring maximum impact given Nigeria’s large population.

However, the minister said the economy would enter a recession if the health crisis lasts up to six months.

“Are we broke, no we are not broke. Are we buoyant, we are not buoyant as well. We have resources to manage and we have been able to find new sources of funds to realise very quickly to keep the country stable,” she said.

“Fact is, we are going to struggle in terms of revenue. The federal and state government will be frantically looking for alternative sources of funding in the form of budget support.

“We are hopeful that this pandemic will be limited in time. If it is an average of three months, we should be able to close the year with positive growth. If it goes longer than that, six months, one year, we will go into a recession.”

She said the federal government is already talking with lenders to renegotiate repayment terms and “seek a stay of the debt service to preserve some of the revenue”.

Nigeria’s revenue has taken a hit after crude oil, its major source of income, witnessed a sharp price decline.