BREAKING: 179 contacts on isolation for Coronavirus released in Lagos, Ogun 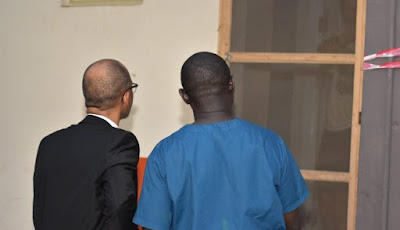 The Lagos State Government on Friday disclosed that all 179 people on isolation who had contact with the index case, an Italian who brought Coronavirus to Nigeria, have been released.

Of the 179 people who had contact with the index case, 40 of them were quarantined in Ogun State while THE remaining were monitored in Lagos State.

Lagos Commissioner for Health, Prof. Akin Abayomi, at a news conference to give update on Coronavirus situation in the state on Friday said initially, 179 contacts with the Italian were traced and that since they had exceeded the mandatory 14 days isolation, they had been let go as none of them developed any symptom of the disease.

He said the index case still remained on admission, but noted that “he is perfectly well now, we are only keeping him because he still has some secretion of the virus. Test shows that anytime from now, he may be negative. If he is negative, we will conduct another test within 48 hours after and if he is still negative, we will set him free.


“We are close to discharging the index case, we want to be sure he poses no danger to the society anymore.”

On the Nigerian who was initially tested positive to Coronavirus for being in contact with the index case, Abayomi said he had now been tested negative twice and might have been released by now.

“His tests initially showed that he was positive to Coronavirus twice and now, he has tested negative to the virus twice on two consecutive tests carried out. The remaining contact in Ogun and Lagos State remain symptom-free and they have exceeded 14 days surveillance which means that we have been able to interrupt the transmission between the index case and others. The index case and its threat to Nigeria has been eliminated.

“Those isolated in Ogun State have been discharged, in Lagos, we will not follow up the contacts again because none of them has developed symptoms. We are discharging all,” he said.

On the four children and their teacher quarantined recently, the commissioner disclosed that they had been discharged as they all tested negative to the virus, likewise another man from the US who was earlier quarantined.

On the next move, Abayomi said “We believe that by being extremely aggressive, we will curtail the outbreak,” saying that the state government had sent more health personnel to the airport to assist the Federal medical team.