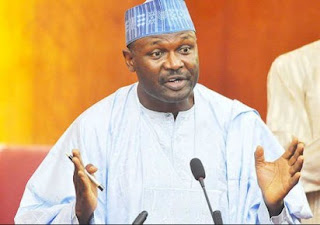 More reactions on Friday greeted the deregistration of 74 out of the 102 political parties in the country by the Independent National Electoral Commission.

The Chairman of INEC, Prof Mahmood Yakubu, who announced the deregistration of the parties on Thursday, said they failed to meet the requirements for registration

While some people supported INEC’s action, others criticised the body for taking the decision.

A former dean, Faculty of Law, Imo State University, Owerri, Prof Nnamdi Obiaraeri, said INEC did not violate the constitution with the deregistration of the parties.

The National Chairman of the African Democratic Party, Yabagi Sani, also hailed INEC’s decision at a press conference in Abuja.

But the National Chairman, Allied Congress Party of Nigeria, Alhaji Ganiyu Galadinma, said they had asked their lawyers to file a court case against INEC for deregistering the party.

Lagos lawyer, Femi Falana (SAN), disagreed with the Inter Party Advisory Council of Nigeria on the legality of INEC’s action.

He, however, said the deregistration was premature.

He said the constitution was amended in 2017 to empower INEC to deregister political parties but it had just been implemented.

Section 225A states, “The Independent National Electoral Commission shall have power to deregister a political party for breach of any of the requirements for registration;

“Failure to win at least twenty-five percent of votes cast in one State of the federation in a presidential election or one local government of the state in a governorship election.”

Falana said, “In deregistering the 74 political parties INEC relied on the Constitution of the Federal Republic of Nigeria, 1999 (Fourth Alteration, No 9) Act, 2017 enacted on May 4, 2017 which amended section 222 of the 1999 Constitution. The amendment empowers INEC to deregister political parties that fail to win any seat in local and national elections.

“INEC must go the whole hog by complying with Section 222 of the constitution which states that political parties that fail to render accounts of their detailed annual statement and analysis of their sources of funds and other assets with a similar statements of expenditure.

But the Inter Party Advisory Council asked the independent National Electoral Commission to reverse its decision.

The council’s National Legal Adviser, Chukwudi Ezeobika, made the position known in a statement.

The statement read, “By the action purportedly taken by INEC, the council is of a firm view that INEC as an institution no longer has regards or respect for the rule of law in Nigeria and has lost the confidence of political parties in the political affairs of the nation.

“The council hereby calls on INEC to immediately reverse the purported decision in order not to infringe on the rights of political parties as guaranteed under the 1999 Constitution of the Federal Republic of Nigeria (as amended).”