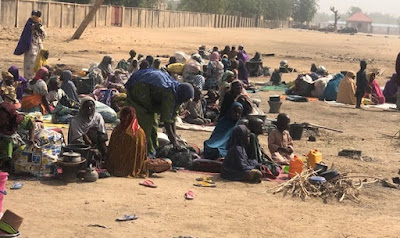 Nigeria has ranked 174th out of the 180 countries that were compared on indices of child health and overall well-being.

The report, released on Wednesday by a Commission of over 40 child and adolescent health experts from around the world, revealed a new global index of 180 countries, comparing performance on child flourishing, including measures of child survival and well-being, such as health, education, and nutrition; sustainability, with a proxy for greenhouse gas emissions, and equity, or income gaps.

The Commission was convened by the World Health Organisation, UNICEF and The Lancet.

The report noted that, despite dramatic improvements in survival, nutrition, and education over recent decades, today’s children face an uncertain future.

It noted that, in 2015, the world’s countries agreed on the Sustainable Development Goals, lamenting that nearly five years later, few countries have recorded much progress towards achieving them.

“This Commission presents the case for placing children, aged 0–18 years, at the centre of the SDGs: at the heart of the concept of sustainability and our shared human endeavour.

“Governments must harness coalitions across sectors to overcome ecological and commercial pressures to ensure children receive their rights and entitlements now and a liveable planet in the years to come,” the report admonished.

The report declared that no single country is adequately protecting children’s health, their environment and their futures.

Titled, ‘A Future for the World’s Children?’ the report finds that the health and future of every child and adolescent worldwide is under immediate threat from ecological degradation, climate change and exploitative marketing practises that push heavily processed fast food, sugary drinks, alcohol and tobacco at children.

“Despite improvements in child and adolescent health over the past 20 years, progress has stalled, and is set to reverse,” said former Prime Minister of New Zealand and Co-Chair of the Commission, Helen Clark.

“It has been estimated that around 250 million children under five years old in low- and middle-income countries are at risk of not reaching their developmental potential, based on proxy measures of stunting and poverty. But of even greater concern, every child worldwide now faces existential threats from climate change and commercial pressures.

“Countries need to overhaul their approach to child and adolescent health, to ensure that we not only look after our children today but protect the world they will inherit in the future,” Clark added.