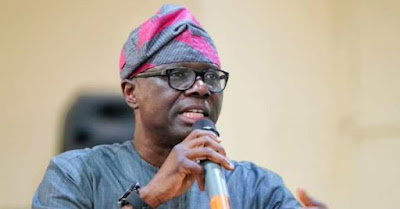 A group, Save Climate and Democracy Naija Coalition, on Wednesday gave a seven-day ultimatum to Gov. Babajide Sanwo-Olu of Lagos State to lift ban on the operations of motorcycles and tricycles in some areas of the state.

The Spokesman of the group, Mr Ayo Ademiluyi, said in Lagos that the state government would face the citywide “#tackbacklagos protest” in the state if the ban was not lifted before Feb. 11.

“The group hereby issues the Gov. Babajide Sanwo-Olu-led Lagos State Government a seven-day ultimatum to cease and dissipate on Feb. 11, to reverse the ban on “Okada” and “Keke” operators.

“We shall on the said date hold citywide “#tackbacklagos protest.


“We have argued copiously that the unscientific ban without an entire upgrade of the existing transportation system and industrialisation to absorb the large army of the unemployed will lead to crisis.

“We have been proven right as the chaos and anarchy is here for everyone to experience.

“Lagosians have been trekking long distances like the Biblical Children of Israel,” he said.

Ademiluyi said that the palliative measures of the state government could not address the problems already on ground.

He said that the group would not hesitate to take legal actions against the state government if the ban was not lifted.

The group leader, therefore, decried the alleged “bloody repression” of the motorcyclists and tricyclists who were protested against the ban on Wednesday at Iyana Ipaja.