Customs ‘intercepts’ $8m stashed in a car at Lagos airport 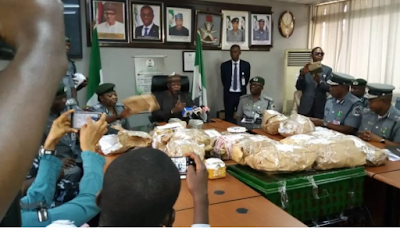 Hameed Ali, NCS comptroller-general, made this known at a press conference on Tuesday.

Ali said the cash, stashed inside a car, was intercepted when it was about to be loaded into an aircraft.

He said the money was wrapped in large brown envelopes, and that the driver of the vehicle who works with the Nigerian Aviation Handling Company (NAHCO) at the airport has been arrested.

He, however, did not reveal the name of the driver or the aircraft involved but said the service would unravel the identities of the owners of the money.

“From the day we seized this money, no bank has come to claim ownership. But our investigation will reveal the mystery behind the owners,” he said.