Why I avoid fornication- Williams Uchemba 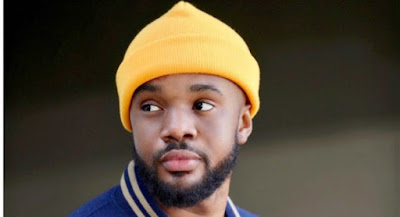 Former child actor and comedian, Williams Uchemba has opened up on why he avoids fornication.

The outspoken entertainer noted that he avoids fornication because it drains his finances.

Speaking in a chat with Broadway TV, he said: ”Fornication drains my finances. Staying away from women is not because I don’t feel like a man when I wake up, it is because of the consequences, it drains my finances. After 10 minutes of sexual pleasure, are you willing to go broke for months?”

Speaking of his greatest achievement, Uchemba said: ”Giving my life to Christ is my greatest achievement because it was the day I realized what life is truly about. That was when I realized that life is not about the money and the cars. I was exposed to these things as a child. The happiness wasn’t there until I realized that people don’t care how much you know until they know how much you care”.


Recall that in 2018, Uchemba was accused of being involved in fraud.

Debunking the allegation, he said:” “First of all, I have said it tons of times, ‘Be careful with scammers.’ I have posted a lot of pictures of people using my name to defraud people. I have reported a lot of accounts.

“As a matter of fact, there is a guy on Twitter. I’m not on Twitter; I have never had a Twitter account. He has 15,000 followers posing to be me. His name is Williams Uchemba and a lot of people he has defrauded have called me to say, ‘There is somebody using that (name)’ and I don’t know what to do about that.

“Secondly, let me also state again that I’m the Deputy Nigerian Youth Representative, Youth Assembly at the United Nations, not ‘UN ambassador in the United Nations.’ These are different bodies. The people that organise the youth assembly are the Friendship Ambassadors Foundation.”