We killed 80 US soldiers in missile strike in Iraq, says Iran 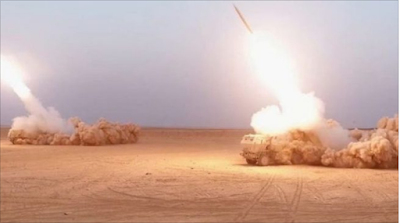 Iran says its Islamic Revolutionary Guards Corps (IRGC) killed over 80 US soldiers in a missile strike on US forces in Iraq on Wednesday.

Mehr News, an Iranian state-run media outlet, said a source in the IRGC told the agency that besides the soldiers killed, 200 people in the US airbase of Ain al-Assad in Anbar province in western Iraq were wounded.

“According to the accurate reports of our sources in this area, at least 80 American terrorist troops were killed and some 200 others were wounded, who were immediately transferred out of the airbase by helicopters,” the news agency said.

“Ain al-Assad air base was a strategic site for the US which was used to support drones. Despite the fact that Americans had been on high alert, their air defense was unable to respond.”

The source was also quoted as saying that Iran had identified 104 critical points “which would be destroyed upon the US first mistake”.

US President Donald Trump had tweeted that all was well and that an assessment of the casualties and damages was taking place after the attack.

Trump also promised to make a further statement on the development.


All is well! Missiles launched from Iran at two military bases located in Iraq. Assessment of casualties & damages taking place now. So far, so good! We have the most powerful and well equipped military anywhere in the world, by far! I will be making a statement tomorrow morning.
— Donald J. Trump (@realDonaldTrump) January 8, 2020

The attack on US forces in Iraq is in response to the death of Qasem Soleimani, commander of the Quds Force, who was killed last Friday in a US airstrike.