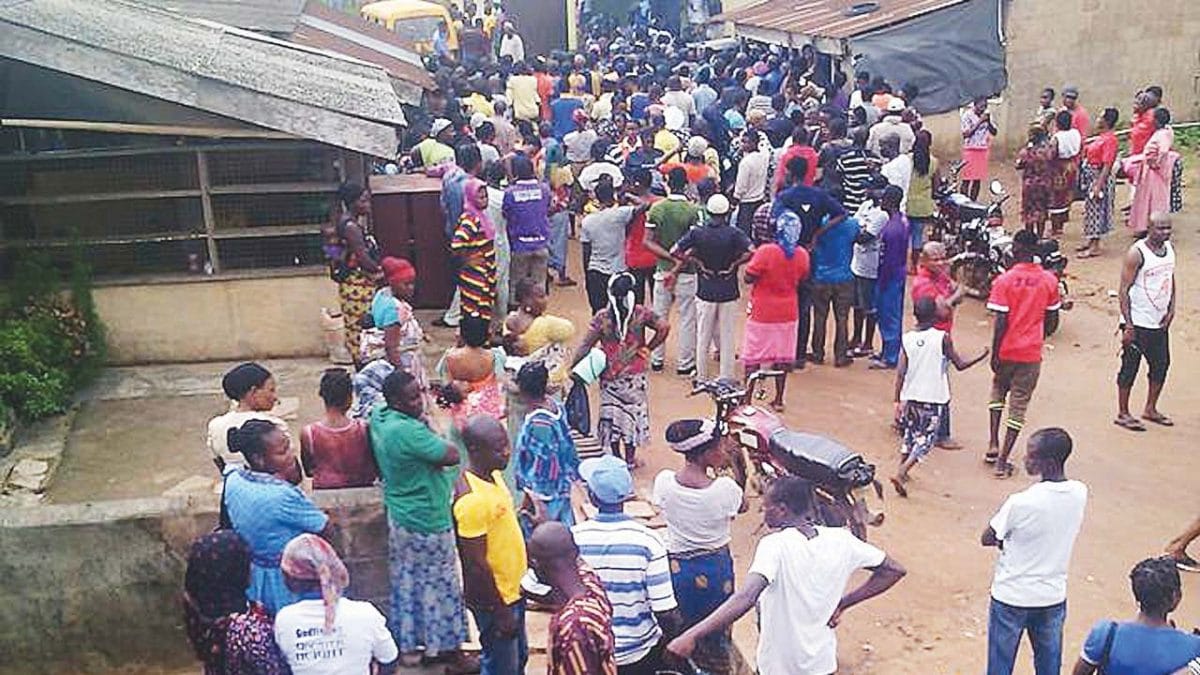 A group of young people have intercepted a truck trying to move some documents from the Imo State House.

Recall that the Supreme court on Tuesday declared Senator Hope Uzodinma, candidate of the ruling All Progressives Congress, APC, as duly elected governor of the state.

Delivering the judgment, Justice Kudirat Kekere-Ekun had said the votes due to Uzodinma and APC from 318 polling units were wrongly excluded and should be added.

The Supreme Court upheld that Ihedioha was not validly elected by majority of the total votes cast in the said election, hence, Uzodinma was eventually declared as the duly elected governor of the state.

In a viral video, the youths are seen preventing the driver of the vehicle from driving out of the Government House premises


Imo: Youths stop an unidentified truck from moving documents from Government House
A post shared by nwachukwu john owen (@realjohn_owen) on Jan 15, 2020 at 7:12am PST