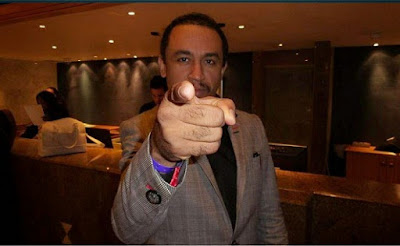 Controversial OAP, Ifedayo Olarinde, a.k.a Daddy Freeze said Father Ejike Mbaka’s prediction of the outcome of the Supreme Court verdict on the Imo governorship dispute was not a prophecy, but a well-informed guesswork.

In a YouTube video published today, the controversial broadcaster and talkshow host, who calls himself Servant of Yahweh most high, Scripture Scholar and Convener, #FreeTheSheeple Movement, told his followers not to follow the gullible Nigerians believing that Mbaka is a ‘genuine man of God” by foretelling that Senator Hope Uzodinma would be declared the winner of the poll.

“It is not a prophecy. It is guesswork”, he said emphatically, chiding those already garlanding Father Mbaka as a ‘genuine man of God’. He asked them to think deep and be logical.

“Someone was saying Father Mbaka said Buhari was going to win the first time. I also said that.
Does that make me a prophet? Father Mbaka said Atiku and this other guy (Peter Obi) will be disgraced. You and I know that Atiku would not win. Didn’t you know?,” he said.

“When we run out of logical explanations, that is when we can begin to talk about spiritual things”, he said.

Watch the 22-minute video below: